THE NEW GENERATION NEEDS SOME CHANCES! TO BE PERMITTED TO BRING OUT THEIR IDEAS> Can this fact be considered? 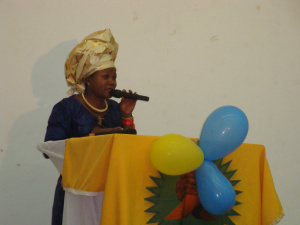 This was a first kind of its own organised by an African organisation called: ANPA{Accord Noble People Association}

It’s aim was to establish a cordial relationship between the Egyptians and Foregners; most especially, Nigerians living in Egypt. For the sake of emphasis, circumstances facing the Nigerian living in Egypt as a result of some bad heads who had made it difficult for the intelligent and responsible ones to achieve their goals.

Nigerians living in Egypt are surrounded by several challenges. on like a Nigerian stole the boss property at work on domestic chores, and police arrested several Nigerians neutral; Yet, the offender was not seen nor able to get due to the fact that; chances were not given to the intelligent ones to make research and get hold of the criminal.

The people have been suffering from freedom of movement. Talented ones have lost their voices. homeless have lost hope…